skip to main | skip to sidebar

Going Back To School 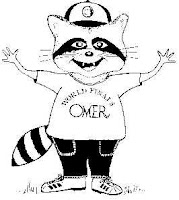 For four or five years in the early 90's our district's gifted program participated in Odyssey of the Mind, a national problem solving competition. We would introduce the problems in November, divide up into teams and start preparing for the local and state competition. The actual work would begin in earnest the day we got back from holiday and that's when all hell would break lose. The introduction of the problem and the brainstorming sessions in the late fall were great fun and the kids loved brainstorming possible solutions. I spent those years dreading the day we got back from break because one of the major components of the competition was NO ADULT HELP!! The kids spent the next six weeks floundering, while we the teachers tried to keep our mouths shut and hoped the kids wouldn't make fools out of themselves and of us. Boy did we waste a lot of time!

One year, I think it was 1991, I had two teams win the state competition and we got invited to the World Finals!! Of all the places in the world we could go, in 1991 the World Finals were in AMES, IOWA!! We were from Kansas--whoop-ti-do!

Several years after we stopped competing there was a big scandal in the OM community, I can't remember the details.

Bummer how OM worked out, or more accurately, didn't work out. What you described came across as the shell of a learning experience in several areas. Since your involvement with OM has ended there is no sense in "beating a dead horse" by listing the many defects in that project as you stated it.

There are, however, a wealth of "outside the box" learning and or instructional approaches that have real merit. I'm a big fan of Accelerated Learning (AL) protocols meshed with pre-existing lesson plans. It takes a bit of work in the early stages but once the AL techniques of choice are mastered the process becomes very straight forward and simple.

Do you remember what happened? We had stopped competing several years before I heard OM, as we knew it, was no more. I'll check AL.

OM still exists at
www.odysseyofthemind.com
They have 2009 problems posted.

Kevin, I knew they were back, I was wondering what caused the scandal in the mid 90s--I looked it up and here is the scoop.

The Dark Side
While Odyssey of the Mind is a wonderful programme, it has had its share of problems. A few years ago, there was a huge uproar and court battle going on. The Odyssey of the Mind corporation was a non-profit organisation owned by a for-profit corporate Creative Competitions, Incorporated, which sells creative problem-solving materials to educators, for the most part. The uproar came when people realised that there were people making profits from their beloved Odyssey of the Mind, which was supposedly a non-profit organisation, and especially that CCI was using logos and the nickname 'OM' from Odyssey of the Mind. There was a lot of fury and it all got very complicated, but in the end some of the people who objected to the profit part formed a new, definitely non-profit problem solving competition called Destination ImagiNation, and something happened with CCI and Odyssey of the Mind, so that each side got to use some of the trademarks and no-one was allowed to use the name OM.

What really happened was that a bunch of adults were fussing at each other, and the children were all getting upset because there was a good chance that there would be no Odyssey of the Mind programme at all that year, which was what Destination ImagiNation was initially started to prevent. Eventually the flames died down, but membership in Odyssey of the Mind dropped, partly due to controversy and partly due to regions that decided to support Destination ImagiNation, but now both programmes are thriving and the children are happy.

Hmmm ... the politics of greed and ego raises its rather large and ugly head. There are a multitude of examples where groups like OM fracturing into splinter groups soon after becoming successful (however defined). It seems that once money is factored into the equation, as in potential for substantial profit, problems immediately crop up. Pity that.

I'm involved with a 501c3 that has been around for years, focuses on creative problem solving - Accelerated Learning, and never made much in terms of money. Most of the products are based on a “break even” formula. In fact, I perform several admin functions, soon to add grant writing to my list of hats, and do so for -0- dollars.

It's not that something is inherently wrong with making a profit; it is when "bottom line" concerns out pace that original mission statement that things go bad. It is a real shame when such things adversely impact on Children - students. The window of opportunity is small.

I am attempting Destination Imagination with my elementary and middle school GT kids this year. I can empathize with the frustration you felt with not being able to help. I am finding that this is the hardest part for me! Why did you stop using OM?
Michelle

It had just become all consuming with limited returns! We only see our students once a week, so 36 times times a year. It started taking more and more time. Our students have IEPs with personal goals and some of those goals didn't mesh with the OM objectives. I was thrilled to let it go; there was just too much "wasted" and "free" time.

nbosch
I just retired after teaching in an elementary gifted program for 25 years. I'm a wife and mom of three grown boys; a lawyer, an engineer, and a philosopher! I'm going to try something new.